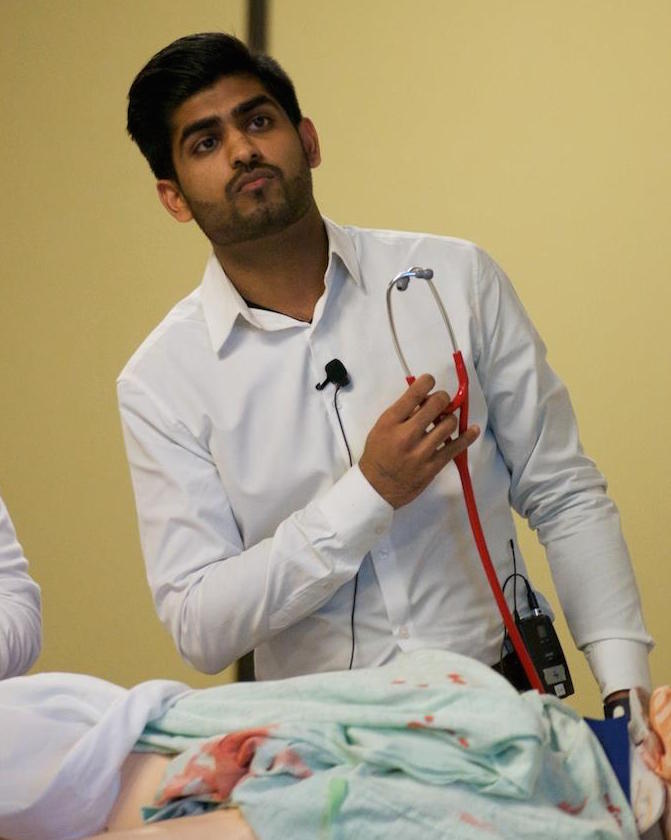 Smit Deliwala is a third-year medical student at Saint James School of Medicine. He also has been an International Regional Director with the American Medical Student Association (AMSA) since May of 2015. For Deliwala, AMSA is one of his biggest extracurricular activities and an organization in which he is highly invested. While this itself is an extremely honorable achievement, Deliwala has been nominated for an even greater distinction.

Every year at the AMSA National Convention, the organization gives the James Slayton National Award for Leadership Excellence to one AMSA leader. The AMSA member must have exemplary achievement in leadership and management. The recipient’s skills must foster the development of inspiring physician leaders in order to be able to win. Med students from top medical schools around the nation (and world) compete for the award.

This year, the SJSM community was thrilled to hear that our own Smit Deliwala has been nominated for this national award. While international students can have a hard time standing out to these organizations, we are proud to say that hard work pays off and all of our students can achieve whatever they set their minds to. Congratulations, Smit, and good luck on the next stage!