SJSM-SVG is very excited to announce that they have created their first official sports team, Women’s Flag Rugby. It all started with the International World Rugby Club (North America) launching a campaign to get schools in St. Vincent involved.

In an effort to extend the awareness to the Caribbean, Team Manager Samantha Scoville was tasked by SVG’s National Team Coach Mike Jackson to reach out to the ladies of our school. This team would then play Trinity in an exhibition match before the St. Vincent vs. Jamaica World Cup Qualifier this past Saturday.

The girls played at Arnos Vale Stadium where they were supported by fellow classmates and spectators while defeating Trinity 3-2. Teamwork is a big part of the medical community; a group of women from SJSM is demonstrating their teamwork abilities not only in the classroom, but also on the turf! Jessica Udeogu (Captain), Samantha Scoville (Manager), Stephanie Yala, Jeannie Sierra, Dieuvaldine Lamartiniere, and Victorine Etchu were truly stars, and they will continue their rugby training under Coach Kirk Stewart. 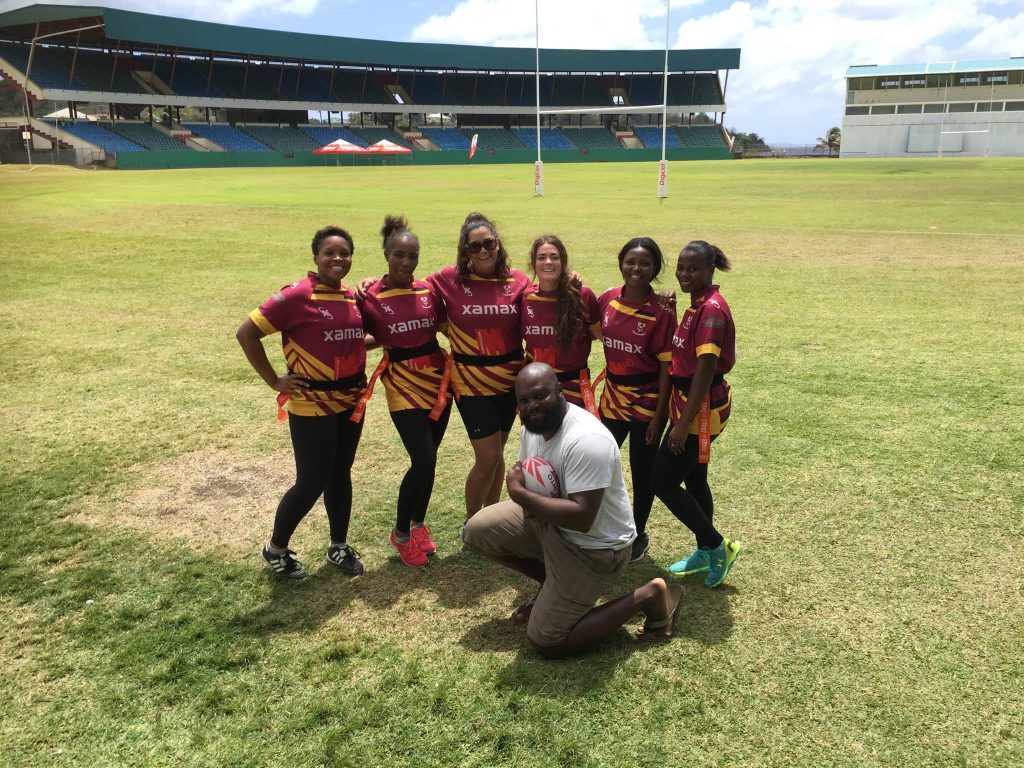 More in this category:
SJSM Observes Physio Day on the SVG Campus
Next Story:
Introducing Career and Residency Counseling