According to UNAIDS report on the global AIDS epidemic 2013, approximately 12,000 people became newly infected in the Caribbean in 2012, bringing the total number of people living with HIV/AIDS there to more than 250,000. AIDS claimed an estimated 11,000 lives in 2012.

Those facts again emphasize the importance of the education as the part of the HIV prevention strategy. But is the education really effective? SJSM students tested the knowledge about AIDS among the teenagers before and after the workshop. And here is what they found: 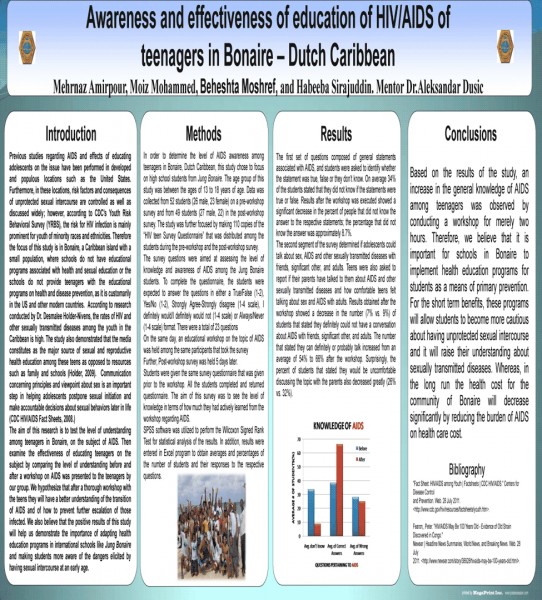