Cancer is the second leading cause of death for both  males  and  females  of  all  races. Colon cancer is the most common type of gastrointestinal cancer. Excluding skin cancers, colorectal cancer is the third most common cancer diagnosed in both men and women in the United States. It is also the third leading cause of cancer-related deaths in the United States when men and women are considered separately, and the second leading cause when both sexes are combined. Gender seems to be an additional factor in this multifactorial disease.  But what is the exact role of sex hormones in colon cancer development? This is what SJSM students found out:

Colon cancer has been increasing in prevalence over the past decades and it has been discovered that estrogen (E2) plays a seemingly controversial role in the development of the disease. In order to gain a holistic understanding of the causative and protective influences of estrogen, the mechanisms of action of this hormone have been discussed here. 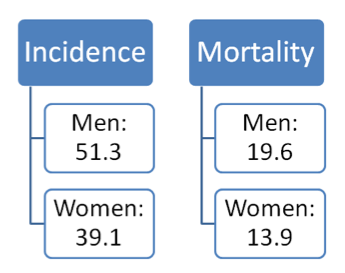 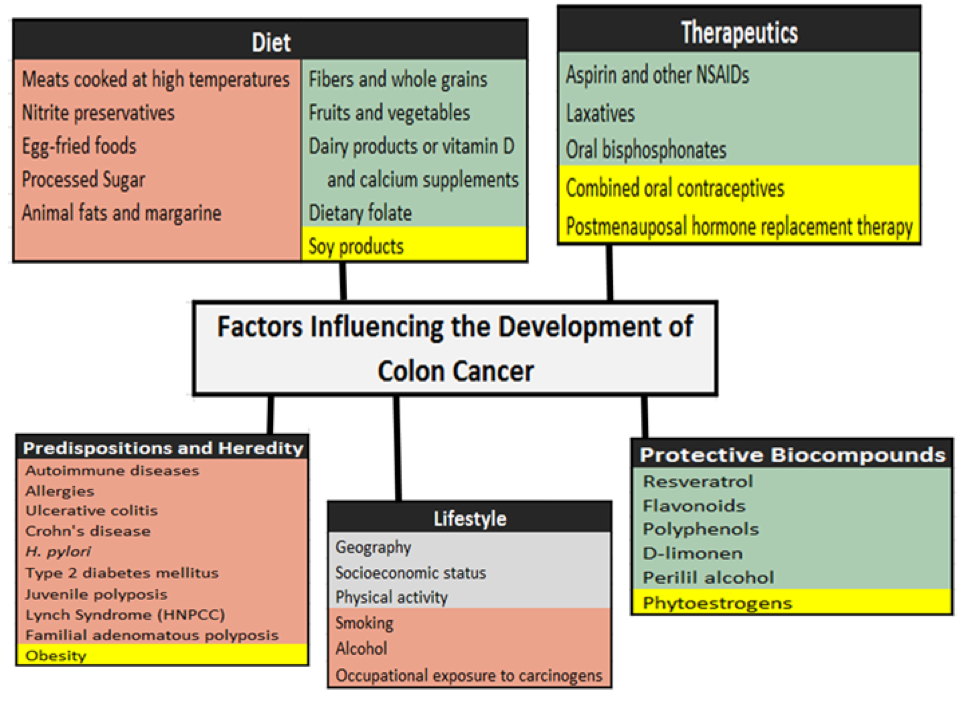 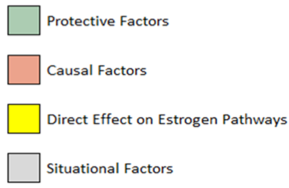 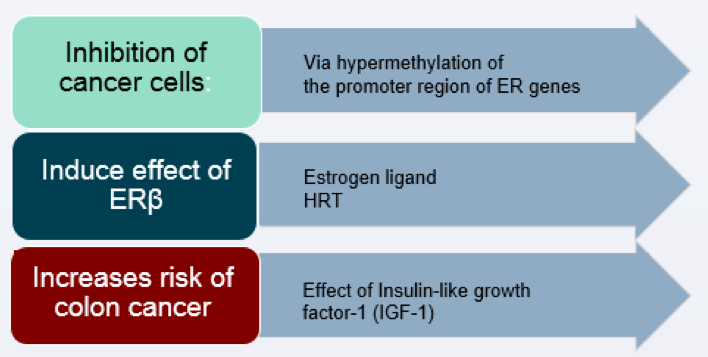 Figure 4: Roles of ERα and ERβ in Colon Cancer 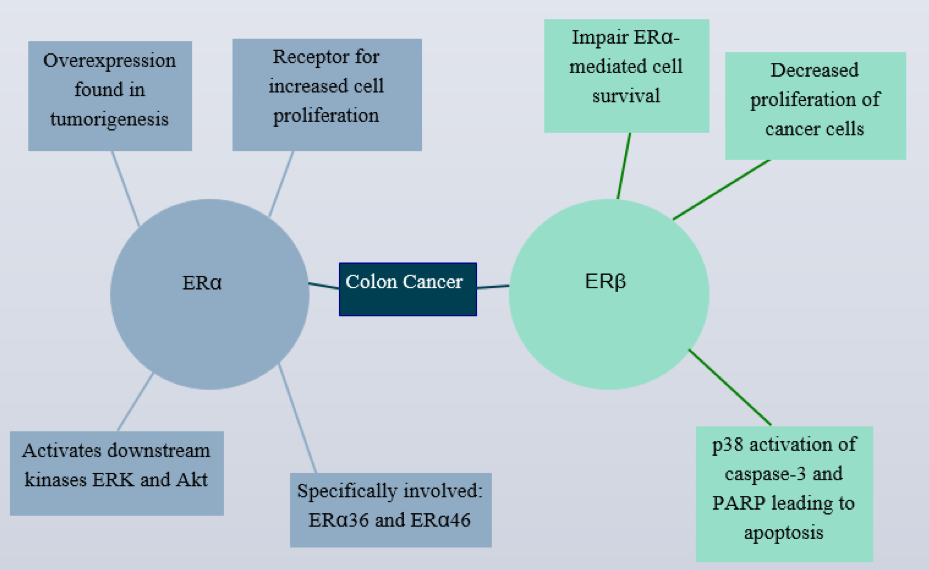 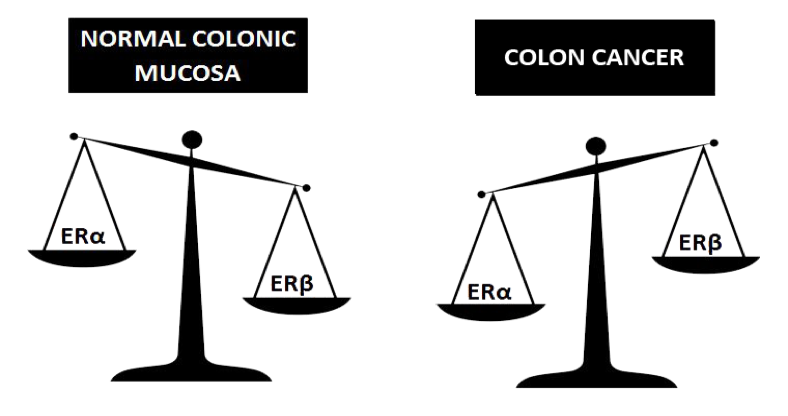 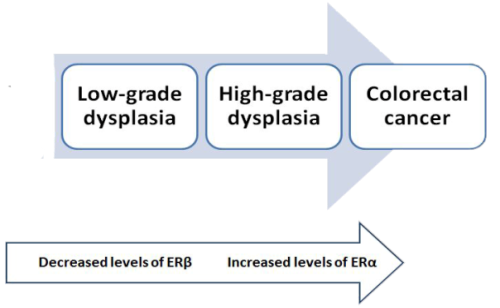 Estrogen plays a protective role in the progression of colon cancer via ERβ-linked inhibition of cell proliferation by the following mechanism: 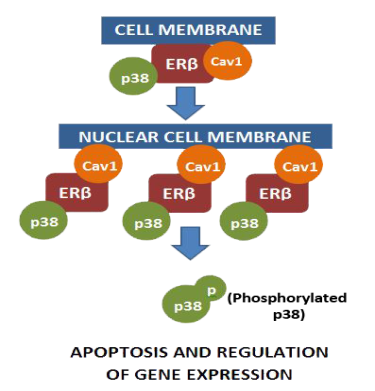 It is a challenging task to use the estrogenic agents or SERMs in prevention and treatment of colon cancer. Apart from the adverse effects of these agents, a decline in ERβ status in colon cancer is an important concern. In such circumstances, ERβ agonist many not work effectively. Nevertheless, development of selective ERβ modulators is a promising area. A precise understanding of ERβ signaling in colonic tissue will greatly progress our therapeutic strategies.